The construction of this 30’ long aquarium started in 1999 with planning and design much earlier when SPS cultivation was not fully known. Yet after 17 years, a spectacular reef aquarium still thrives featuring a reef wall, crest, terrace, and back reef filled with many varieties of soft and stony corals, anemones, and about 800 fish, including various tangs, wrasses, gobies, and angelfish.

How does Joe avoid the dreaded Old Tank Syndrome, so much he doesn’t believe in it!  See his recommendations and those of many other famous reefers.

His insights will definitely help any reefer with their tank set-up and maintenance. 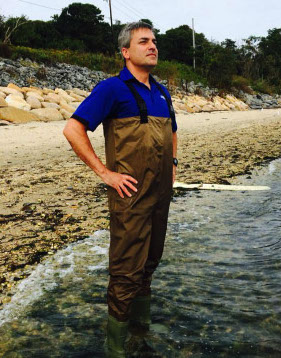 As a kid, Joe Yaiullo spent much of his childhood maintaining home aquariums and exploring the marine life surrounding Long Island, New York. Now he gets paid to basically do what he did as a kid and has been keeping reef tanks for over 28 years.

Joe Yaiullo has a B.S. in Marine Science from LIU Southampton College's marine science program, and worked for 8 years (1987-1995) at the NY Aquarium in Brooklyn, New York as Senior Aquarist.  Starting in 1987, Joe pioneered what is now common practice in reef keeping today and upped his game in 1993 when he set up a 1400 gallon reef tank, which at the time was the largest successful reef tank in the Western Hemisphere.  In 1992, he began to shape his plan for a world-class aquarium on Long Island's East End.  In 2000, after toiling for eight long years, his plans and vision became a reality with the opening of Atlantis Marine World Aquarium in Riverhead, NY (now known as the Long Island Aquarium). On that day, the public was able to see his 20,000 gallon reef tank, which again was the largest closed system reef tank in the Western Hemisphere, and second largest in the world and for seven years it held that title.

In 2003, Joe was awarded The Distinguished Alumni Award from Southampton College and was president of the Long Island Reef Association (LIRA) for 12 years (www.longislandreef.org).  Joe’s most recent honor includes being awarded the annual Aquarist of the Year (AOTY) award by the Marine Aquarium Society of North America (MASNA.)

Joe, an admitted “Coralaholic”, currently feeds his ever increasing addiction with nurturing his 20,000 gallon reef tank, which contains corals that date back over 25 years.  While he has admitted his addiction, he has no plans of seeking a cure and enjoys talking with reef keepers from around the world.

Joe has been featured in many reef keeping books and magazines, and has presented lectures in Canada, Germany, Sweden, Finland, England, Fiji,  Monaco, France, The Netherlands, Italy and throughout the USA including several MACNA’s dating back to 1994. 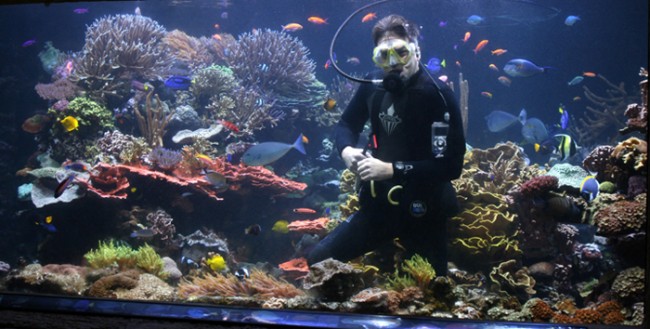 The Long Island Aquarium is a world-class aquarium, but even though it’s on a larger scale, Joe Yaiullo still considers it all his “DIY” project 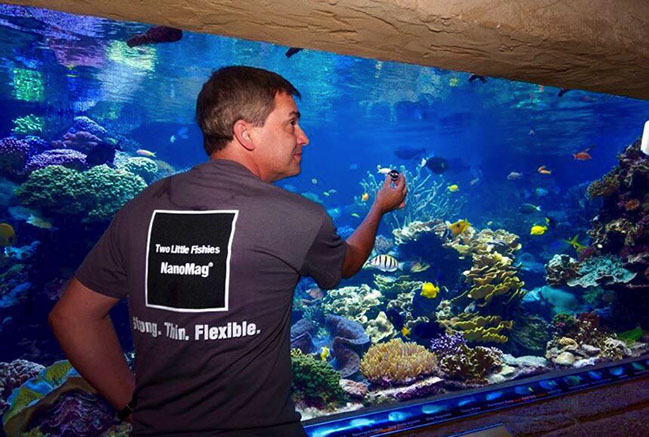 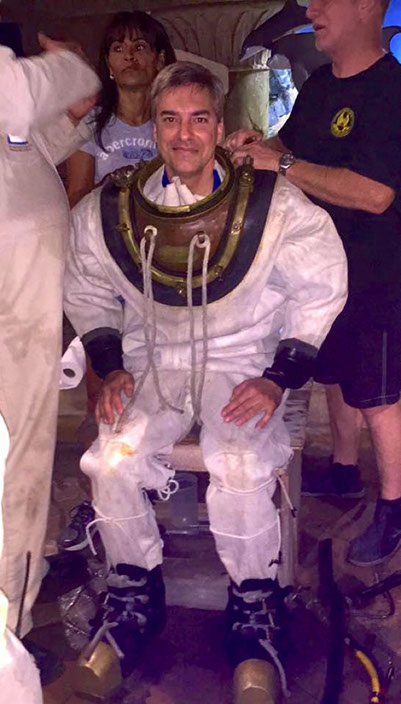